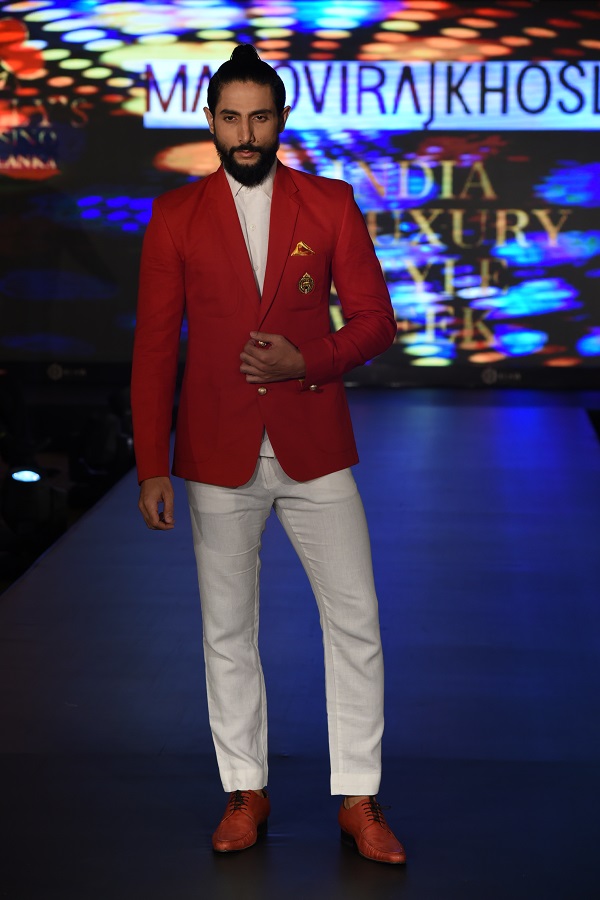 The recently concluded India Luxury Style Week (ILSW) in Bangalore had quite a few notable trends that are going to be filtering into men’s wardrobe anytime soon. Playful mix and matches, slim fits, splashes of bold colour, etc. ruled the runway. Here are the five biggest trends for menswear and more importantly how to work with them

END_OF_DOCUMENT_TOKEN_TO_BE_REPLACED

Indigo Deli has opened its sixth outpost in Mumbai at Inorbit Mall in Malad.

Originally conceptualized by Founder and Managing Director, Rahul Akerkar & Executive Chef Jaydeep Mukherjee, the menu holds gourmet re-creations of popular comfort foods. Those familiar with Indigo Deli will be happy to know that the menu at Malad will remain the same featuring the much-loved burgers and sandwiches, crispy wafer thin pizzas, seasonal soups and salads. All-time favorites like the Pulled Pork Burger, Bombay Chicken Wings, Eggs Divinity, Philly Cheese Steak Sandwich, Chorizo Pizza etc, continue to be on the menu, as also the moreish desserts such as our signature baked yoghurts, silky soufflés, rich cheesecakes and the likes.

Shop before or after a meal at the retail gourmet store located within the restaurant. It has in-house baked goodies, meats and cheeses, condiments, coffees, teas and take-away salads.

Besides these there is also the in-house artisanal range of jams, preserves and other condiments. The merchandise carries some of the most sought-after cookbooks, coffee accessories by Bodum, Built NY lunch bags and cases, diaries, pastas, sauces and other cooking ingredients.

This is architect Sameep Padora’s fourth Indigo Deli in Mumbai (the previous three being at Palladium Mall, Bandra and R-City Mall).

The 2,200-sq-ft space bears Indigo Deli’s signature palate of wood finishes with copper accents and lighting to create a moody yet casual dining experience. The seating features diner style booths and tables with a clear view of the open kitchen.

What started in 2005 with Indigo Deli Colaba, has today become the jugular vein of the city’s dining scene. At that time, deGustibus Hospitality (the promoting company) recognized the market potential of this segment as well as the need for a restaurant with retail concept, and thus became patrons of the concept of a delicatessen as a scalable and replicable module. The second Indigo Deli opened in the suburb of Andheri in 2008. The third and most ambitious 4.500-sq-ft Indigo Deli opened at Palladium in 2010, and has since become every shopper and yuppie’s favourite haunt, packing in nearly 500 diners a day. In 2012, the foodie paradise of Bandra saw the much-awaited opening of the city’s fourth Indigo Deli while the Ghatkopar outpost opened early 2013.

Do watch this space for a detailed food review of the newly opened Indigo Deli, Malad.

Dilip Kapur, President, Hidesign is a hippie at heart who grew up in Sri Aurobindo Ashram, Pondicherry. A natural aversion to all things painted, patented and synthetic saw him create Hidesign in 1978. From its artisan roots of just one cobbler and Rs 25,000 to a Rs 150 cr company with 3500 people, 84 exclusive stores and a distribution network in 23 countries, Hidesign has stayed focused on innovation, natural tanning processes and craftsmanship. Kapur also owns two boutique hotels, both in Pondicherry.

The year 2007 marked the beginning of an age of collaboration with Louis Vuitton partnering with Hidesign in India. 2009 saw the launch of Holii a JV between Hidesign and Future Group.

I caught up with the maverick founder of the hi-end ‘affordable luxury’ brand on his recent visit to Mumbai.

END_OF_DOCUMENT_TOKEN_TO_BE_REPLACED

Mitesh Rangras didn’t always own five popular restaurants in Mumbai. There was a time he had mortaged his house, was bleeding money and losing sleep. But the young entrepreneur had served his time in the restaurant business and he drew on a nugget of wisdom he had learnt a long time ago.

“I decided to do nothing… just wait,” recalls Rangras, Director and Co-Founder of SID Hospitality, which owns popular eateries Soy Treat, Tight The Pub, Aoi, Lemon Grass and Pot Pourri.

END_OF_DOCUMENT_TOKEN_TO_BE_REPLACED

Japanese luxury chocolate brand Royce’ has entered the Indian shores with a standalone store in Mumbai. In a JV with Burgundy Hospitality, Royce’ plans to open stores in most tier 1 cities in India, starting with the second store in Delhi in the coming months.

Apart from wowing the Japanese since 1983 (ever since it launched in Japan in Sapporo) Royce’ has a discerning following in Malaysia, China, Singapore, Russia and very recently New York (The Royce’ store is at the upmarket Madison Square).

Royce’ is known for its unique ingredients and approach to chocolate making. The chocolates are made with fresh cream from farms near the factory and come with a specially designed spatula to cut out a square and serve /help yourself!

END_OF_DOCUMENT_TOKEN_TO_BE_REPLACED

Is it a bird…is it a bus…Well, it’s definitely not Superman, although Hardik Shah would love Mumbaikars to fly with his new and unique concept – a restaurant-on-wheels.

Called The Moving Cart, this mobile eatery is grabbing eyeballs. It’s also Mumbai‘s first and India’s second mobile restaurant. Climb aboard the red-and-yellow double-deck bus, settle down to finger-licking grilled chicken shaslick or hara bhara kebab and take in the sights of the Queens’ Necklace at Marine Drive. Life is good!

END_OF_DOCUMENT_TOKEN_TO_BE_REPLACED 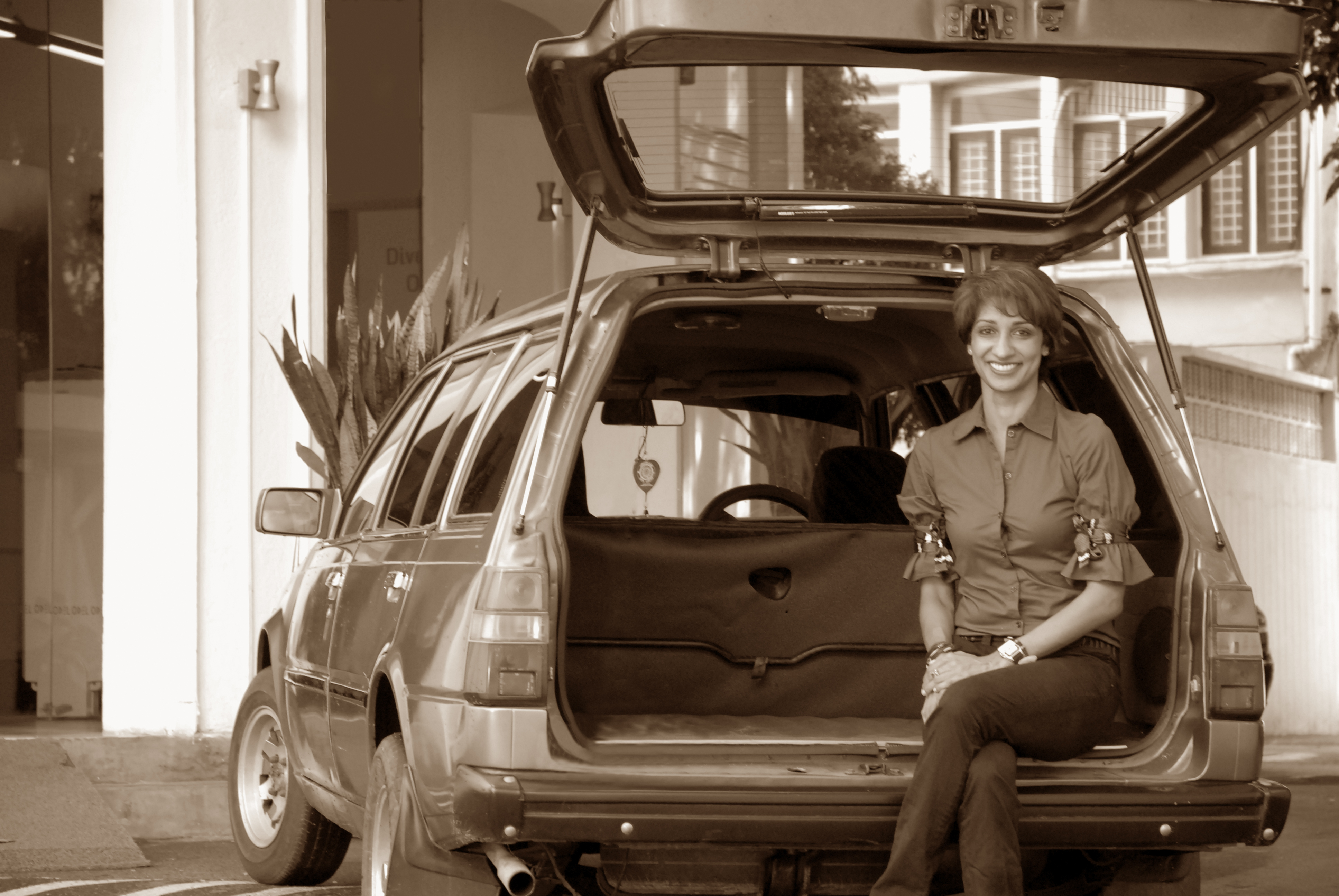 What started as a small gesture to help a friend clear her garment surplus stock led to the creation of one of the largest fashion and lifestyle retail chain in Sri Lanka. That’s the story of Otara Gunewardene, founder and CEO Odel. Instead of selling just clothes, she sold a lifestyle that she portrayed with her distinctive advertising shot by some of the most renowned photographers in the world. Ottara’s is an entrepreneur’s case study in risk-taking and resilience. Despite many failures, the former fashion model kept her nearly obsessive focus on building private labels, launching hi-end stores and placing Odel as a ‘must visit’ store in Sri Lanka. I met up with the go-getter on a recent visit to Sri Lanka. Read Otara’s inspiring story from a fashion model to one of the largest retailers in Sri Lanka.

END_OF_DOCUMENT_TOKEN_TO_BE_REPLACED

Change is the buzz word at K Raheja group retail company HyperCity, one of the leading retail chains in the country. From the sprawling 1lac plus sq ft outlets to the recently launched 30,000 sq ft outlet in Bangalore, HyperCity is now pushing profitability by launching smaller format stores across neighbourhoods. This new move by the company will be replicated even in other markets in future. With a focus on tier 1 cities the plan is to take the store count to 22 in the next 3 years.

I recently did an interview with Mark Ashman, CEO, HyperCity Retail (India) Ltd., where he revealed that this year is all about pushing sales and the apparel business, investing in private labels and developing home and furniture segments.

END_OF_DOCUMENT_TOKEN_TO_BE_REPLACED

You are either in your bed or in your shoes, so it pays to invest in both.

If you are one of those who believes you can never have enough shoes, there’s good news. Heel & Buckle, London’s bespoke accessory store opened its first outlet in India at the luxury mall Palladium in Mumbai. I was invited for a preview and here’s what I think

END_OF_DOCUMENT_TOKEN_TO_BE_REPLACED

When Vikram Bhatt, founder Enrich chain of salons launched a 270 sq ft salon in Mulund to help a friend financially, he never imagined that it would go on to become the largest chain of unisex salons in Mumbai. That was in 1997. Today Enrich has an enviable spread of 50 salons and growing at 125 per cent! I caught up with the 38 year old founder Bhatt to understand the dynamics of the beauty business and what it takes to scale up.

Here’s the story of Enrich in the words of the Founder Vikram Bhatt.

I always maintain that I am an accidental entrepreneur. Enrich started as a friendly venture between me Rohit Dedia and Parul Mehta. Our friend Parul who had knowledge about this field, had lost her father and this venture was purely to help her financially.