At 29 Mark Hampton is the youngest global hair ambassadors in the world. But that doesn’t show when you talk to the tattooed British lad who started his career at the age of 17 with Vidal Sassoon. As the hair ambassador for Toni & Guy Hair Meet Wardrobe, Hampton has been moving from country to country wowing people with his breathtaking hair creations.

He knows his job. After all he’s worked with the hair legend himself – Guido Palau for seven years. Hampton’s reputation in the world of fashion and music has made him the one of the most sought after hair dressers for artists such as Kings of Leon, Calvin Harris, and designers like Marc Jacobs, Calvin Klein, Louis Vuitton and Prada.

I caught up with the man himself at the Toni & Guy HairMeet ardrobe launch recently. The much anticipated India launch witnessed a stylish evening with an enthralling musical performance, witnessed by the crème-de-la-crème of the fashion and film fraternity.

Excerpts from an interview.

You started at 17 with Vidal Sassoon. What made you choose hair at such a young age?

Honestly, I just fell into it. I didn’t know I was going to do it for as long as I have been doing it. When I was training at Vidal I had an opportunity to go to study and work in LA, if I paid for myself. So I paid for my ticket, hotel and literally slept on the couch with someone’s dog. I was 18. Going to LA and being told that you are good and if you concentrate you can be successful was a great feeling. It was very hard though. That was when I started thinking that this is what I want to do. You get paid to travel and hang out with beautiful girls – what more could you want for someone who doesn’t have a massive education?

You worked with Guido Palau for seven years

Guido is amazing and really crazy. I would travel with him to New York, Paris, Milan to do all the shows. We would do almost 50-53 shows a months. That was crazy. Sometimes we had 4 shows in a day. It was really stressful. I learnt everything I know from him.

You have styled for almost all top notch designers including Calvin Klein, Prada, Marc Jacobs, Louis Vitton. What’s the challenge of working on a fashion show?

It’s more stressful when you are doing a show. Models sit still for a shoot. So you can mould the hair and make it look different. But at a show they are walking, moving, bouncing so you can’t really create the same thing. But you have to. You don’t have Photoshop on a show. What you see is what you see. It’s very truthful and honest. In a picture you can manipulate, cover and hide things. It’s that part of it that’s stressful. And the timing! Sometimes you have only just 3 hours to perfectly do the hair of 30-40 girls with the designer shouting at you. It’s stressful but a lot of fun.

I believe you had a teenage crush on Vivienne Westwood. How was it working with her?
It was awesome. She is really huge and one of London’s most famous designers, punk princess, married to Malcolm McLaren. Her stories are just incredible. You could listen to her the whole day. And she is very sweet as well – kind of sweet aunty. But she’s got that fear about her – you never know when to give her a hi-five or just a hi there!

I also like working with Fashion East. They are really fun and young. They are not persuaded by fashion yet. They just do what they want to. They are cool.

You are one of the youngest global hair ambassadors. How does it feel?
It’s nice. It’s humbling. I am only 29. I am doing well. But there’s that part of me that’s humble. I do appreciate where I came from – to be raised on a council estate in Wales to the world of fashion and glamour which is the complete opposite. I can do this till I am 60. So I have another 31 years.

What do you attribute your success to?
Hard work. I would do anything for work. I would do test shoots for free. All my holidays when I was working in Sassoon I would spend all my holidays on training extra. Rather than taking a week off and going to Greece I would go to LA to work at a salon. Just to get more experience. For me it was better than taking a holiday. I try to find the same sort of character in my assistants too – insatatiable appetite for work, never giving up, working really hard. If you want to be good at something you have to submit your life to it.

You are not a workaholic, are you?
Probably. I like to work though. I don’t really see it as a problem. I don’t have a social life. But I have a girlfriend so I travel a lot to meet her. My career is going so well that its time to focus on it. I am done with my partying. But last night in Mumbai at the Toni & Guy Hair Meet Wardrobe was fun. I had forgotten what it is like to have a shot poured down your throat by some crazy barman!

What do you love most about your job?

I love the travelling. It’s ‘me’ time when you are in a plane. You don’t have to talk to anyone or work since your phone is switched off, unless there is wi-fi which I think is the worst idea ever. I love flying. It’s such a personal time when you can read a book or watch a movie. I also like seeing new things and being shocked by the visuals as soon as you come out of the airport. I take a lot of pictures. It will be nice to have some memories when I am old and show my grand kids – I was in Mumbai!

Is there something you’d rather do without

Jet lag! If we could fly everywhere without being jet lagged that would be amazing. Also the security at the airport is so annoying. I wish we could just go to the airport, check in and get on to a plane. My bag with its umpteen wires, international chargers, cameras and what have you, gets extra scrutiny at the airports. The grumpy people at the airport are also annoying. Maybe they don’t like their job.

For guys it’s going shorter and shorter. Almost military like (think Brad Pitt in Glorious). The really short short crew is very in. So many British actors are shaving their hair off. It looks great in a suit, with a sort of aggressive look to the hair. The 70s is a big influence for men right now. You dress like your dad, but a lot cooler. Three piece suits with crazy mustaches – looks nice. These days it’s socially acceptable to look like a homeless person, that too in a suit. But the girls love it!

What about hair colour?

I don’t think guys should colour their hair. I have got my grey hair and I am fine with them.

A styling product and a comb

What are things a man should never do to his hair? 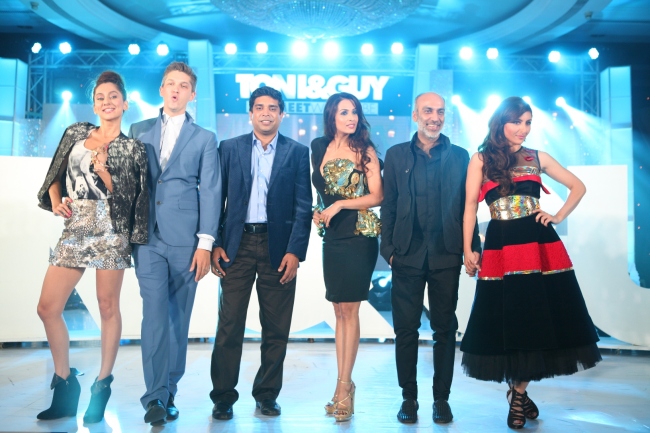 Short back and side. Brushed back, side parting with some texture.

I like Paul Newman and James Dean. I love their classiness. They were the youthful, playful, naughty men, weren’t they?

You are into collectibles. What’s the most exciting thing you have?
I am not sure if I am a collector or a hoarder. I think they are the same thing but in a weird way. A collector makes money off it but a hoarder is someone who just can’t throw things away. I collect a lot of vintage cameras. Not the rubbish ones but the one that are well looked after and hard to find, technically good cameras. I like the first edition of good books. Anything that’s inaccessible.

I’m Nivedita Jayaram Pawar Journalist, Writer, Media Consultant, Blogger, Yogini… Like most journalists I started with the Free Press Journal and went on to work with the Indian Express Group. However my longest stint was as an Editor and Chief of Bureau with the Images Group where I headed a host of magazines like FNL, Retail, Business of Fashion, Salon International and Food Service International. This is where I spruced up my business writing and specialised in Retail related stories. Somewhere in the middle of all of that, I found time to be a wife and mother. A little more about me. RIGHT HERE, RIGHT NOW. Right now I am living the life of an entrepreneur, one that doesn't involve climbing the corporate ladder, appraisals or retirement plan – instead, paving my own road, learning new things, living fully and taking on new challenges each day.  My writing has been featured in: Times of India, Indian Express, Indian Auto, Outlook, Retail, Architectural Digest, Grazia, Business of Fashion, Hindustan Times, The Man, Man's World, Deccan Chronicle, BBC Good Food... WAYS WE CAN CONNECT Interested in having me write for your publication? Looking for creative content for your company brochure? Need a blogger? Want to talk about the retail revolution? Let’s connect and make it happen. Write to me at niveditafnl@gmail.com MORE still? I secretly want to be a dancer I strum the guitar I believe there’s no place better to live than in Mumbai (even with its noise, stink and traffic) I can do a perfect head stand! I believe each of us can PLAY A BIGGER GAME View all posts by Nivedita Jayaram Pawar